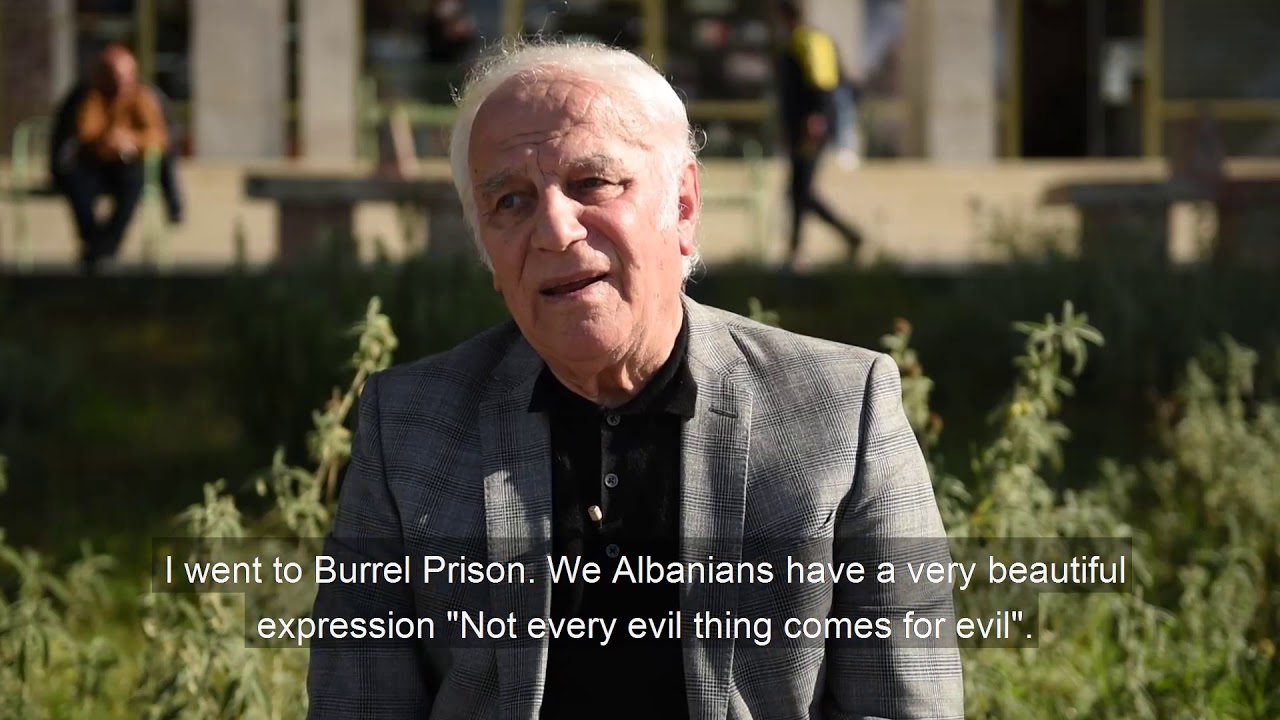 Sherif Merdani is a famous Albanian singer. He inherited his passion for music from his grandfather. He wanted to continue his studies at Lyceum after finishing elementary school, but because his father was imprisoned, he was not allowed to do that, so he continued his education in high school. Later in University he studied “History-Geography” where he met Agim Krajka, who invited him to radio “Tirana”. There the director listens to him and offers him a chance to sing at the festival. After 4 years  he had graduated from the faculty and started to work part-time as a teacher in the cultural center in Librazhd city. He also sings at the XI festival after which he was sentenced to 16 years in prison. He was sent to Spaç prison where he worked as a miner, with axes, shovels, etc. He was released from prison in 1989 and went to Korça. Then they invite him to the memorial of Fishtë in Shkodër where he also met his wife. He is the father of a son. In the ’90s he also worked as a diplomat at the Albanian Embassy in Italy and Romania. His most famous song are “Kartolina”, “A do të vish sivjet në plazh?”, “Simfonia e Nënës”, Se kënduam Let it be”,”Shokë të pandarë” and “Duart e tua” which was the one that was performed at the XI festival.